And in Part 2 of 3, I have also shared why and when so to start applying for the mortgage insurance and most importantly the underwriting requirements needed for your application. If you have concern about taking a HIV test, I have also shared some pointers to go around it and lastly some basic health tips to ace your medical checks.

In this last part, I will be sharing with you, some of the common suggestions that most of my clients have when it come to their Mortgage Insurance Planning, they know they need it, but they are thinking whether to choose either a Level Term or Mortgage Reducing Term Insurance…

Basically there’s no right or wrong should you decide to choose either of the plan. It’s only wrong when you decide not to plan for it. But should you need some advice (from me), here’s a few pointers to consider from the two choices…

Underwriting Requirements For Your Mortgage Insurance – Part 2 Of 3

And in this Second Part of the Three Part Series, I will be sharing with you on the Underwriting Requirements when you apply for your Mortgage Insurance.

To start off this Second Part, I shall share with you when can you start applying for your Mortgage Insurance and why so…

When Should You Apply For Your Mortgage Insurance And Why So…

Mortgage Insurance For Your Mortgage Loan – Part 1 of 3

With the recent property boom in Singapore, there’s an increment in people taking up Private Bank Loan and thus creating a concern in terms of financial planning – a need to protect the mortgage loan (and their pricey assets) should anything unforeseen happen to the Loan Owners…

The Common Belief – Should Anything Happen, I Can Just Sell Off The Property…

If everything is so straight forward, life will be perfect! In Reality, Property does not sell by itself especially if the Developer had done quite a heavy bit of their own advertising. The initial selling price is usually jacked up and to really pull it off in selling – takes patience, time, effort, negotiation and being able to sustain the few months of loan payment. 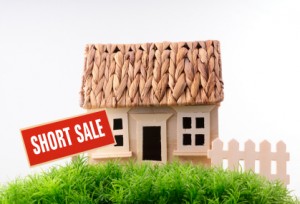 So What Should You Do? For Any Mortgage Loan, There’s Mortgage Insurance!

Are You Reading Or Hearing Your Guarantees?

If you are a person who are into fixed deposit offered by financial institutions or into those kind of single premium savings plan offered by insurance companies, I do have a question to ask you and that is

“Are you the kind who read your Benefit Illustration carefully especially on the Guaranteed and Projected Returns or just those who hear out from the Planner and make a purchase from there?”

The danger is here, if you are sold by the Planner based on the verbal recommendations that the plan is a Guaranteed one and in no way that it’s stated in the Proposal or Benefit Illustration. After you have signed it and at end of the term, the plan does not performed as what the Planner has stated, you will hold your own responsibilities and you have no one – even the Planner to blame for.

I happen to come across this very simple couple who are having their Five Year Single Premium Endowment Plan maturing soon and would like to have a recommendation on a similar type of Plan as offered by my company.

They happened to see an advertisement in one of the roadshows that features a higher return as compared to the one that they had and would like a further clarification on it.

They were very happy with the maturity returns and with the plan that they once had. But upon seeing that advertisement from my company, they were tempted to make a comparison…

Then The Debate Of Discussion Started…

Read More »Are You Reading Or Hearing Your Guarantees?

What You Really Need To Know About Deductible, Co-Insurance, Rider and Pro-Ration

There seems to be a recent rise in the request to understand more about the difference between MediShield and our Private Medical Plans. The reason… Read More »What You Really Need To Know About Deductible, Co-Insurance, Rider and Pro-Ration